We breed, “excellent”, quality puppies. This appeals to our clients, who want the best of this breed for companionship, temperament, conformation, pedigree not to mention no known health defects. Our puppies are handled daily learning the “respect” that each one should show their new owners. Their minds are exceptional along with their color and conformation. Most of our pups are show quality as well.

​ In the last 5 years, our conformation temperament and overall Bullmastiffs are of better quality, conformation, and temperament. We are excited to see this character in our pups and in our adult dogs. 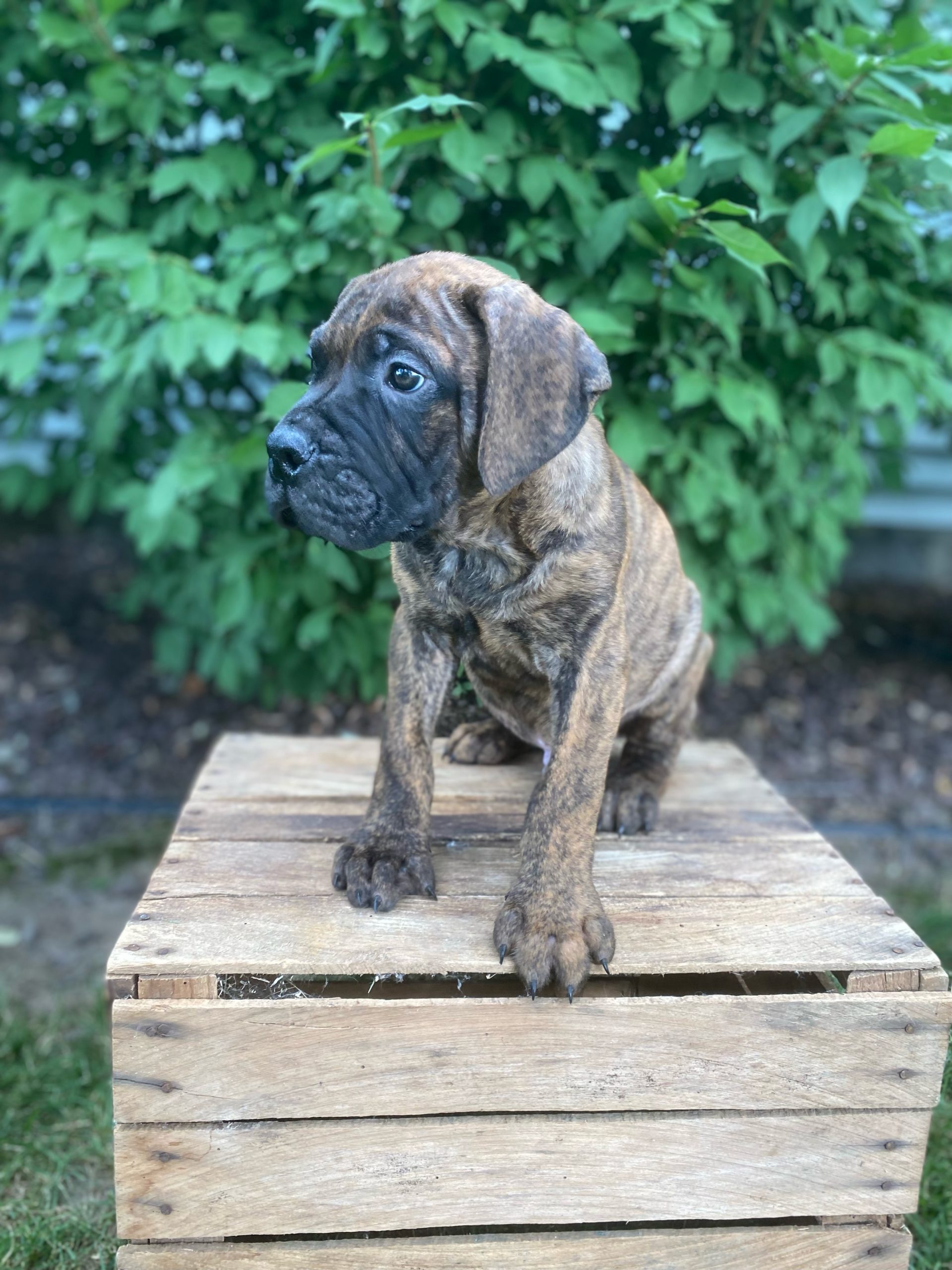 The Bull Mastiff is a breed that originated in England in the mid 1800’s. Approximately 60% Mastiff and 40% Bulldog. They were called the gamekeeper’s night dog. The known history of the Bullmastiff begins about 1860 in England.

Bred to guard against poachers who threatened gameland in England; the Mastiff was not aggressive or fast enough, and the Bulldog was a little too ferocious and small; however, the resulting cross of Mastiff Bulldog was the Bullmastiff, great for throwing and holding poachers without mauling them.

Bullmastiffs are often described as fearless and confident yet docile. The dog combines the reliability, intelligence, and willingness to please required in a dependable family companion and protector.

We breed our Bullmastiffs for conformation, temperament and to the standard of the breed. All of our dogs are  AKC registered, and some are dual registered with United All Breed Registry

We are selling our own puppies, if you see pictures of our puppies on another site, use buyer beware caution in purchasing.